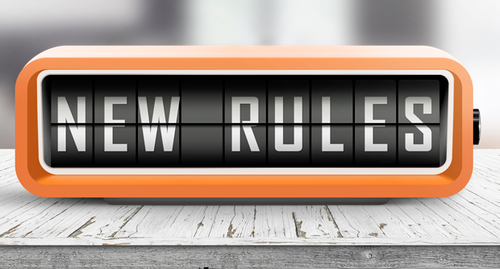 The changes in the Proposed Rule are substantial and numerous.

While the stated purpose of the changes is to facilitate more effective and timely environmental review of federal agency actions, the practical impact of the proposed changes is far from clear.  Below, we focus on some of the more significant substantive provisions of the Proposed Rule.

The Proposed Rule would establish a presumptive time limit of 1 year for completion of an EA and 2 years for completion of an EIS.  The 2-year time period corresponds to the period set forth in the One Federal Decision Executive Order (E.O. 13807) previously adopted by the Trump Administration.  As with the executive order, these time limits are goals, not requirements.  Over the last five decades, Congress has adopted numerous amendments to NEPA to reduce the length of time to complete NEPA reviews for transportation projects.  Some of these reforms, including delegation of NEPA compliance responsibility to state transportation agencies, have resulted in material reductions in the length of environmental reviews for transportation projects.

The efficacy of the proposed changes to the NEPA regulations again depends upon the federal agencies’ willingness and ability to adhere to them.  As with presumptive page limits, the Senior Agency Official may approve a longer time period to complete NEPA review. The rationale behind the 2-year time period for reviews, as noted in the documentation generated for One Federal Decision, is that a significant portion of initial NEPA review that historically followed the Notice of Intent should instead be addressed prior to initiation of the NEPA process.  This includes, for example, generation of a draft purpose and need and preliminary range of alternatives.  The Proposed Rule would not obviate the need for these preliminary tasks.  Rather, it is likely that this work would be pushed into the period preceding formal initiation of the NEPA process.  Thus, while the formal time period for the NEPA review may well be shortened, it is less likely that the actual environmental review process sees significant reduction, especially for complex or controversial projects.

Threshold for NEPA Applicability – What Constitutes a “Major Federal Action”

These thresholds are not new.  They are recognized in established case law.  Further, since 1978, the NEPA regulations authorized federal agencies to adopt counterpart regulations that define classes of actions that are exempt from NEPA.  Over the years, Congress has expanded on the authority of federal transportation agencies to exempt categories of actions from NEPA reviews.  In addition, Congress has exempted a number of agency actions from NEPA review.  Case law already recognizes the legality of categorical exclusions adopted by federal agencies.    Thus, the effect of this new section appears to be minimal.  However, explicitly specifying these thresholds, coupled with the deference CEQ regulations are afforded, could lead to greater consistency by the courts in applying these thresholds.

Modification of Definition of a Project’s “Effects”

Under the new definition, effects must be reasonably foreseeable and have a reasonable causal relationship to the proposed action or alternatives.  This means that an effect must have a proximate causal relationship to the agency action to require evaluation.  The Proposed Rule clarifies that effects should not be considered significant if they are remote in time, geographically remote, or the result of a lengthy causal chain.  This clarification codifies existing case law that effects do not include those effects the agency has no authority to prevent or those that would happen even without the agency action.

It is unclear that eliminating reference to “indirect effects” will have much impact on NEPA analyses.  As currently defined, indirect effects are caused by the action and are later in time or further removed in distance, but are still reasonably foreseeable.  The Proposed Rule includes reasonably foreseeable effects that have a reasonable relationship to the action in the definition of effects.  The modification appears to codify existing case law that limits the causal relationship of distant indirect effects for the purposes of NEPA review.  However, there remains the likelihood that, especially when coupled with the elimination of cumulative effects discussed below, certain types of environmental effects, such as growth inducing impacts or climate change impacts, may be subject to lesser scrutiny.

CEQ’s existing regulations, and NEPA case law, require an analysis of cumulative impacts, defined as incremental impacts of the action when added to other past, present, and reasonably foreseeable future actions regardless of the agency or person that undertakes such actions.  Cumulative impacts can result from individually minor but collectively significant actions taking place over a period of time.

The Proposed Rule changes CEQ’s position to state that analysis of cumulative impacts is not required under NEPA.  CEQ’s purported rationale for this change is that, even after it has issued comprehensive guidance on the topic of cumulative impacts, analysis of these impacts has been difficult and diverts agency resources from focusing on the project’s most significant effects.

Critics of the Proposed Rule argue that this change is one of the single most important alterations, and will hamper efforts to address the impact of greenhouse gases and climate change.  Climate change, by its nature, is a cumulative problem.  No single agency action is likely to result in climate change.  The same is generally true of air quality impacts.  Very few individual projects alone cause a violation of air quality standards.  The practical effect of this aspect of the Proposed Rule may be to limit the evaluation of cumulative impacts such as climate change to very few federal agency actions.

For many years, NEPA cases restricted the scope of a NEPA analysis where federal agencies have very limited control over a non-federal action. Typical examples include private pipelines and non-federal highway projects that require federal water quality permits to cross rivers and streams. The cases restrict the scope of the NEPA analysis in this circumstance to the effects of the larger project that are subject to federal control.  The Proposed Rule appears to expand on the “small federal handle” limitation on NEPA reviews to provide that projects with minimal Federal funding or minimal Federal involvement, such that an agency cannot control the outcome of the project, are not major federal actions, and thus not subject to NEPA review.

It is unclear whether the Proposed Rule follows existing case law to limit the scope of a NEPA analysis where the federal agency control is limited, or whether it eliminates any NEPA analysis of the agency action.

A definition of reasonable alternatives was something a number of stakeholders requested in comments on the Advance Notice of Proposed Rulemaking.  While the Proposed Rule’s definition of reasonable alternatives does explicitly link technical and economic feasibility to reasonableness, it offers little in the way of guidance on “reasonableness.”  The Proposed Rule is largely a codification of existing practice and case law.  Agencies routinely take economic factors into consideration while screening alternatives.  Courts have already established that an alternative that fails to meet the project’s purpose and need is not reasonable.  Because the purpose and need may be informed by a project applicant’s goals, agencies could already screen alternatives that did not meet those goals because they were unreasonable.

Despite the attention paid to the time required to comply with NEPA for major projects, the vast majority of agency actions are subject to categorical exclusions (CE) included in federal agency NEPA regulations.  Over the years, Congress expanded use and availability of CEs.  The Proposed Rule is another such step.  The Proposed Rule would add a new section 1501.4(a), requiring agencies to identify CEs in their NEPA procedures.  It is unclear whether this is intended to modify prior CEQ guidance encouraging agencies to develop procedures to allow projects which, on their face, have no significant impacts to be treated with a CE even if there were not an existing list of CEs.   Further, 1501.4(b)(1) would provide that, when extraordinary circumstances are present, agencies may consider whether mitigating circumstances are sufficient to allow the proposed action to be categorically excluded.  For example, could the project design be modified to eliminate the issue?  Under existing law, it is unclear whether the presence of extraordinary circumstances rendered the CE unavailable; the Proposed Rule clarifies that the CE may still be available, which reflects the current practices of some agencies.

Finally, the Proposed Rule would add a new paragraph (e)(5) to section 1507.3, allowing agencies to establish a process in their NEPA procedures to apply a CE listed in another agency’s NEPA procedures.  This practice is already available for Department of Transportation (DOT) agencies under the FAST Act.

The enhanced availability of CEs could be significant.  Most projects proceed via CE, and expanding their availability may do more to expedite project reviews than many of these other substantive changes.  Use of CEs, however, is not without litigation risk.  Further, the documentation associated with the use of CEs has become more and more cumbersome, as agencies seek to document the decision-making necessary for a CE to apply.  The Proposed Rule does not establish any presumptive review or page limits for CEs.  Thus, risk-averse agencies may still impose onerous review requirements for a category of projects that should be subject to simple exclusions.

The Proposed Rule would limit the comment period for both EISs and EAs to 30 days.   Only comments submitted within the time frame could be considered.  Moreover, any potential plaintiff in a lawsuit would be foreclosed from raising any issue not commented on.  NEPA, however, does not provide a private right of action.  Rather, lawsuits are brought pursuant to the Federal Administrative Procedure Act (APA), which is subject to its own exhaustion requirements.  It is not clear that CEQ may impose exhaustion requirements that are inconsistent with APA exhaustion law.

CEQ first promulgated its regulations implementing NEPA in 1978, ostensibly seeking to “reduce paperwork, to reduce delays, and at the same time to produce better decisions [that further the national policy to protect and enhance the quality of the human environment].”  As NEPA practitioners know, however, the goal of reducing paperwork and delays has largely gone unmet.  Indeed, the Proposed Rule notes that the average length of an EIS is more than 600 pages, and that on average, NEPA review takes 4 ½  years.  The time period to obtain complete NEPA review and obtain federal approvals for large projects is often substantially longer.

Comments on the Proposed Rule must be received by CEQ no later than March 10, 2020.