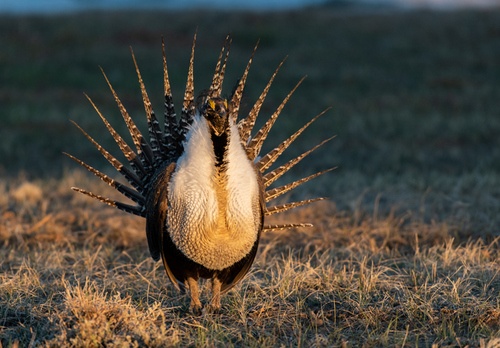 The U.S. Fish and Wildlife Service (Service) has withdrawn its 2013 proposals to list the bi-state distinct population segment of the greater sage-grouse (Centrocercus urophasianus) in California and Nevada as threatened, to designate critical habitat, and to issue a species-specific Endangered Species Act section 4(d) rule. The Service indicated in its withdrawal that the agency has concluded that threats to the species were not as significant as the agency believed in 2013.

The listing, critical habitat, and 4(d) rules for the bi-state distinct population segment of the greater sage-grouse had originally been proposed in October 2013 under the Obama Administration; however, in 2019, the Service reopened the comment period on the proposals, citing substantial scientific disagreement.