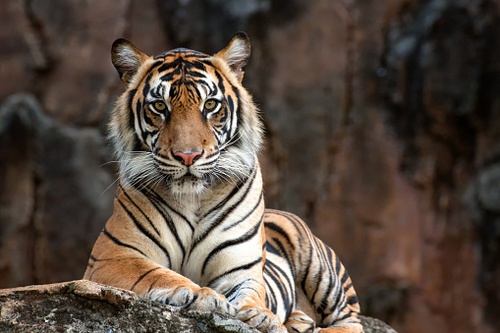 On November 19, 2020, in a call back to its criminal lawsuit against Joseph “Tiger King” Maldonado-Passage, the U.S. Department of Justice filed a civil lawsuit against the husband and wife team who took over the wildlife park that was front and center throughout the Netflix hit series Tiger King – Jeffrey and Lauren Lowe. Unlike the prior lawsuit against Mr. Maldonado-Passage (previously covered here), the lawsuit against the Lowes does not seek jail time, nor does it seek damages. Instead, the lawsuit asks the U.S. District Court for the Eastern District of Oklahoma to (1) declare that the Lowes violated multiple provisions of the Endangered Species Act (“ESA”) and Animal Welfare Act (“AWA”), (2) order the Lowes to relinquish possession of all animals they own that are ESA-protected, (3) permanently enjoin the Lowes from violating the ESA and (4) permanently prohibit the Lowes from exhibiting protected animals without a license.

So, what’s different this time around? In short, the ESA has a few different enforcement mechanisms.

The first is the criminal enforcement that we saw in the case against Mr. Maldonado-Passage. The ESA authorizes criminal penalties ranging between $25,000 to $50,000 maximum and between six months and a year imprisonment, or both, for each violation. 16 U.S.C. § 1540(b)(1). A person is required to “knowingly violate” the ESA in order for criminal enforcement to be appropriate. If a person knowingly violated the ESA, they can still defend themselves on the grounds that when conducting the activity they had a good faith belief that they were acting to protect themselves or another individual from bodily harm from an endangered or threatened species. 16 U.S.C. § 1540(b)(3).

Finally, the U.S. Department of Justice can file a civil lawsuit against someone who is violating the ESA to enjoin that person from continuing to violate the ESA. 16 U.S.C. § 1540(e)(6). This kind of lawsuit, which is what the U.S. Department of Justice filed against the Lowes, can also ask that any and all ESA-protected species in the possession of a violator be forfeited to the United States. 16 U.S.C. § 1540(e)(4)(A). This means that if you had a license to possess an ESA-protected species and violated it, the U.S. can ask that you give up that ESA-protected animal or fish and can ask a Court to order you to stop violating the ESA.

The U.S. Department of Justice levels 11 specific claims against the Lowes. Ten of those claims argue that the Lowes violated the ESA’s prohibition on take of protected species in multiple ways. The remaining claim is that the Lowes continued to exhibit animals without an appropriate permit and therefore violated the AWA. In terms of the ESA violations, the complaint alleges that the Lowes committed “take” of several ESA-protected species – Big Cats (Lions, Tigers and hybrids thereof), grizzly bears and ring-tailed lemurs. Section 9 of the ESA prohibits “take” of protected species. 16 U.S.C. § 1538(a). The term “take” is defined to include harassing, harming, pursing, hunting, shooting, wounding, killing, trapping, capturing, collecting, or attempting to engage in any of those acts. 16 U.S.C. § 1532(19). For the case against the Lowes, the relevant piece of that definition is harassment and harm. The U.S. Fish and Wildlife Service can authorize activities that would otherwise be considered “take” through certain permits. One type of permit is an exhibitor license, which is overseen by the U.S. Department of Agriculture. However, the complaint argues that the Lowes were not in compliance with their permit and that they voluntarily surrendered their permit on August 21, 2020, after the U.S. Department of Agriculture moved to permanently revoke it.

While it will ultimately be up to the federal court to decide whether the Lowes violated the ESA, the complaint is a good reminder that the ESA gives the federal government multiple powerful enforcement avenues.