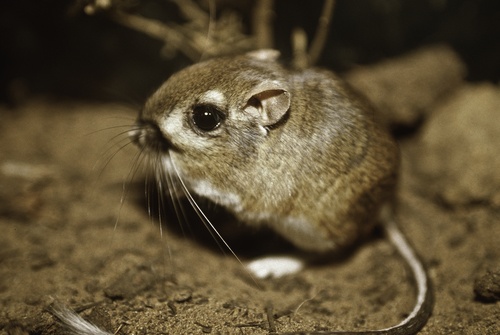 The Stephens’ kangaroo rat was originally listed as an endangered species in 1988. It is a small, nocturnal mammal, with external cheek pouches, large hind legs, a long tail, and a large head. It gets its name, in part, due to its similarity in appearance to the Kangaroo. However, unlike the larger Australian marsupial, the kangaroo rat lives in underground burrows throughout three geographic regions of Southern California. Specifically, its range includes western Riverside County, western San Diego County, and central San Diego County. Its nocturnal habits and limited time above ground have both made kangaroo rat populations difficult to survey, and placed populations in conflict with development in Southern California.

The Service’s proposed rule also identifies habitat fragmentation, habitat modification, non-native and invasive plant species, unauthorized use of off-highway vehicles, predation, and rodenticides as additional threats to the species. Based on the increased conservation efforts since the kangaroo rat’s listing, discovery of additional species populations, and the development of additional Habitat Conservation Plans, the Service indicates in the proposed rule that it no longer believes the kangaroo rat is or is likely to become extinct throughout all or a significant portion of its range.

In addition to proposing to downgrade the kangaroo rat’s listing status, the Service proposes to adopt a rule under ESA section 4(d). The proposed 4(d) rule would prohibit “take; possession and other acts with unlawfully taken [kangaroo rats]; delivering, receiving, carrying, transporting, or shipping [kangaroo rats] in interstate or foreign commerce in the course of commercial activity; or selling or offering for sale [kangaroo rats] in interstate or foreign commerce.” This proposed 4(d) rule would be subject to certain exceptions, including exceptions for conservation activities undertaken by state agencies, and activities permitted in cooperation with the Service. The Service’s proposed rule indicates that it will accept comments on the proposed rule until October 19, 2020.