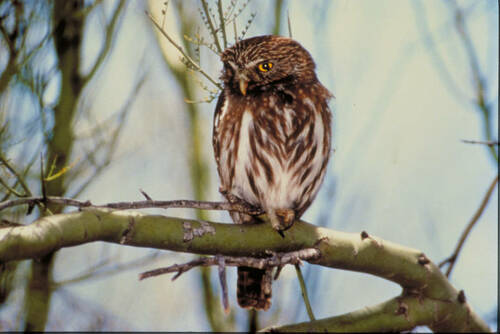 On December 22, 2021, the U.S. Fish and Wildlife Service (Service) proposed to list the cactus ferruginous pygmy owl (Glaucidium brasilianum cactorum) (Owl) as threatened under the Endangered Species Act (ESA) primarily due to threats from climate change and habitat loss and fragmentation. The Service has also proposed to issue an ESA section 4(d) rule which would prohibit “take” of the Owl in most cases, while exempting from the prohibition certain land management activities compatible with restoration and improvement of Owl habitat where such activities have been approved by the Service prior to commencement. The Owl’s range includes parts of Mexico, southern Arizona and southern Texas.

The Arizona distinct population segment of the Owl was listed as an endangered species in 1997, but was de-listed following the ruling of the United States Court of Appeals for the Ninth Circuit in National Association of Homebuilders v. Norton, 340 F.3d 835 (9th Cir. 2003), in which that court held the Service acted arbitrarily and capriciously in designating the distinct population segment.

Comments on the proposed listing and 4(d) rules are due on or before February 22, 2022.