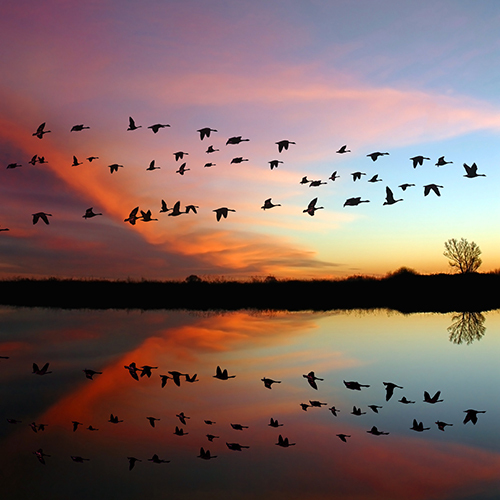 This week, the U.S. Fish and Wildlife Service (“USFWS”) announced the availability of two revised economic analysis documents related to the agency’s proposed rule concerning incidental take under the Migratory Bird Treaty Act (“MBTA”).  The documents evaluate the potential for the proposed rule to impact small entities, including businesses, governmental jurisdictions, and other organizations.

When federal agencies issue a new proposed or final rule, they are required under the Regulatory Flexibility Act of 1980 (“RFA”) to evaluate the potential effects that the rule might have on small entities.  In addition, unless an agency certifies that a rule will not have a significant economic impact on a substantial number of small entities, Section 603 of the RFA requires agencies to prepare an initial regulatory flexibility analysis (“IRFA”) describing the impact of the rule on small entities.

On January 7, 2021, the USFWS published a final rule (the “January 7th rule”), which codified the Trump Administration’s interpretation that the MBTA’s prohibition against the take of migratory birds does not extend to “incidental take” (i.e., the death or injury of migratory birds that results from, but is not the purpose of, an action).  Prior to the January 7th rule, the USFWS had taken the position that the MBTA’s take prohibition did in fact extend to incidental take.  On May 5, 2021, the USFWS published a new proposed rule (the “May 7th rule”), which proposed to revoke the January 7th rule.

To meet its requirements under the RFA, the USFWS conducted a full economic analysis in support of the January 7th rule, which the agency summarized in a regulatory impact analysis document released three days later.  The document analyzed the economic impacts of three alternatives the USFWS considered in the January 7th rule: (1) simply retaining the interpretation that the MBTA excludes incidental take; (2) promulgating regulations that expressly exclude incidental take from the MBTA’s prohibitions; or (3) promulgating regulations that expressly include incidental take within the MBTA’s prohibitions.  After issuing the May 7th rule, the USFWS modified the regulatory impact analysis to reflect the fact that the January 7th rule had taken effect.

In this week’s notice, the USFWS explained that while it believes it can certify under the RFA that the May 7th rule will not have a significant economic impact on small entities, it has developed an IRFA “out of an abundance of caution to ensure that economic impacts on small entities are fully accounted for in this rulemaking process.”  The IRFA provides further detail on the proposed rule’s potential effects on small entities, including projected reporting, recordkeeping, and other compliance requirements.  The USFWS has made both the revised regulatory impact analysis document and the new IRFA available for public review.

The announcement from USFWS states that it will accept public comments on the revised regulatory impact analysis document and the IRFA until August 19, 2021.