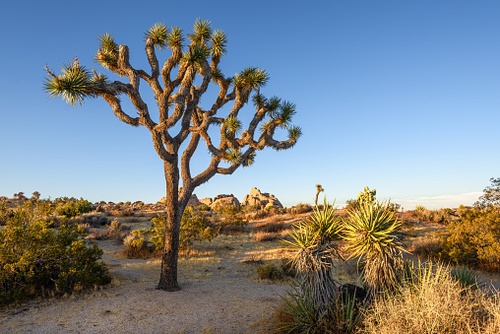 On September 20, 2021, the U.S. District Court for the Central District of California set aside the U.S. Fish and Wildlife Service’s (Service) negative 12-month finding (Finding) on a petition by WildEarth Guardians (Guardians) to list the Joshua tree (Yucca brevifolia) as threatened under the Endangered Species Act (ESA).

The petition had alleged that the Joshua tree is threatened by the effects of climate change and its associated effects, including drought and increasing wildfires. On September 14, 2016, the Service issued a positive finding on Guardians’ petition, finding that the petition presented substantial scientific and commercial information indicating listing the tree may be warranted.

On August 15, 2019, however, the Service published its ultimate Finding, which indicated listing the species was not, in fact, warranted. The Service noted in its Finding that the agency now views the Joshua tree as two distinct species: Yucca brevifolia (YBR) and Yucca jaegeriana. While the Finding acknowledged that both species are, in fact, impacted by wildfire, invasive plants, climate change, and habitat loss, the Service ultimately determined these threats are not currently acting on the species at either a population- or species-level scale. To support its determination, the Service indicated that the species still occupy their historical ranges, that current conditions of the two species provide for sufficient resiliency, redundancy, and representation despite the current threats, and that there is no evidence to indicate recent population size reductions or range contractions over the last 40 years. Joshua trees occupy more than 10 million acres and occur on mostly federal land, likely numbering in the tens of millions.

Guardians challenged the Finding as arbitrary and capricious, claiming that the best available science shows both species are threatened by the effects of climate change, that YBR is threatened throughout a significant portion of its range, and that the Finding failed to evaluate the adequacy of existing regulatory mechanisms to protect the species. In brief, while the species is ubiquitous in the American southwest at present, Guardians argued in reliance on long-term models of species abundance in the context of climate change projections that several decades in the future Joshua trees will suffer very significant mortality and range retraction.

In setting aside the Service’s Finding, the district court acknowledged that expert agencies are afforded deference in decisions within the agencies’ expertise; however, the court ultimately determined that the Service’s Finding (including the species status assessment on which it was based) was not supported by the data it purported to rely upon.