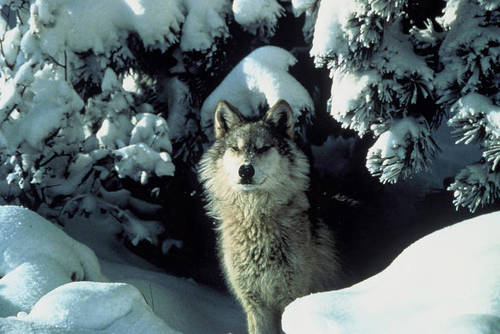 Today, the U.S. Fish and Wildlife Service (Service) announced its 90-day findings on petitions to list two proposed distinct population segments (DPS) of the gray wolf (Canis lupus) as threatened or endangered under the Endangered Species Act (ESA): a Northern Rocky Mountains DPS and a Western United States DPS. The Service determined that listing may be warranted, and announced its intention to initiate a status review for these populations of the species.

In 1978, except for the Minnesota population, the gray wolf was listed as an endangered species throughout the contiguous United States; the Minnesota population was listed as a threatened species. The Service eventually delisted all populations due to the species’ recovery. While today’s decision does not restore ESA protections for the gray wolf, it does trigger a formal status review of gray wolves in the Northern Rocky Mountains and Western United States regions.

The decision to reconsider protections for the gray wolf was prompted by two separate listing petitions filed by dozens of eNGOs, including the Center for Biological Diversity. One petition proposed listing a Northern Rocky Mountains DPS spanning Wyoming, Montana, Idaho, eastern Washington, eastern Oregon, and north-central Utah. Both petitions also proposed an alternative DPS to include all, or part, of the Northern Rocky Mountains, along with California, Nevada, Colorado, and in one of the petitions, northern Arizona.

After the conclusion of the status review, the Service will issue a 12-month petition finding, addressing whether or not the petitioned actions are warranted under the ESA. Today’s Federal Register notice and supporting documents are available at regulations.gov, under Docket Number FWS‒HQ‒ES‒2021‒0106.