The U.S. Fish and Wildlife Service (Service) published a final rule (pdf) in the Federal Register listing the Sierra Nevada yellow-legged frog (Rana Sierrae) and the northern distinct population segment (DPS) of the mountain yellow-legged frog (Rana muscosa) as endangered, and the Yosemite toad (Anaxyrus Canorus) as threatened.  The agency proposed listing the species on April 25, 2013, following a decade of litigation intiiated by the Center for Biological Diversity, as describe in the proposed rule. 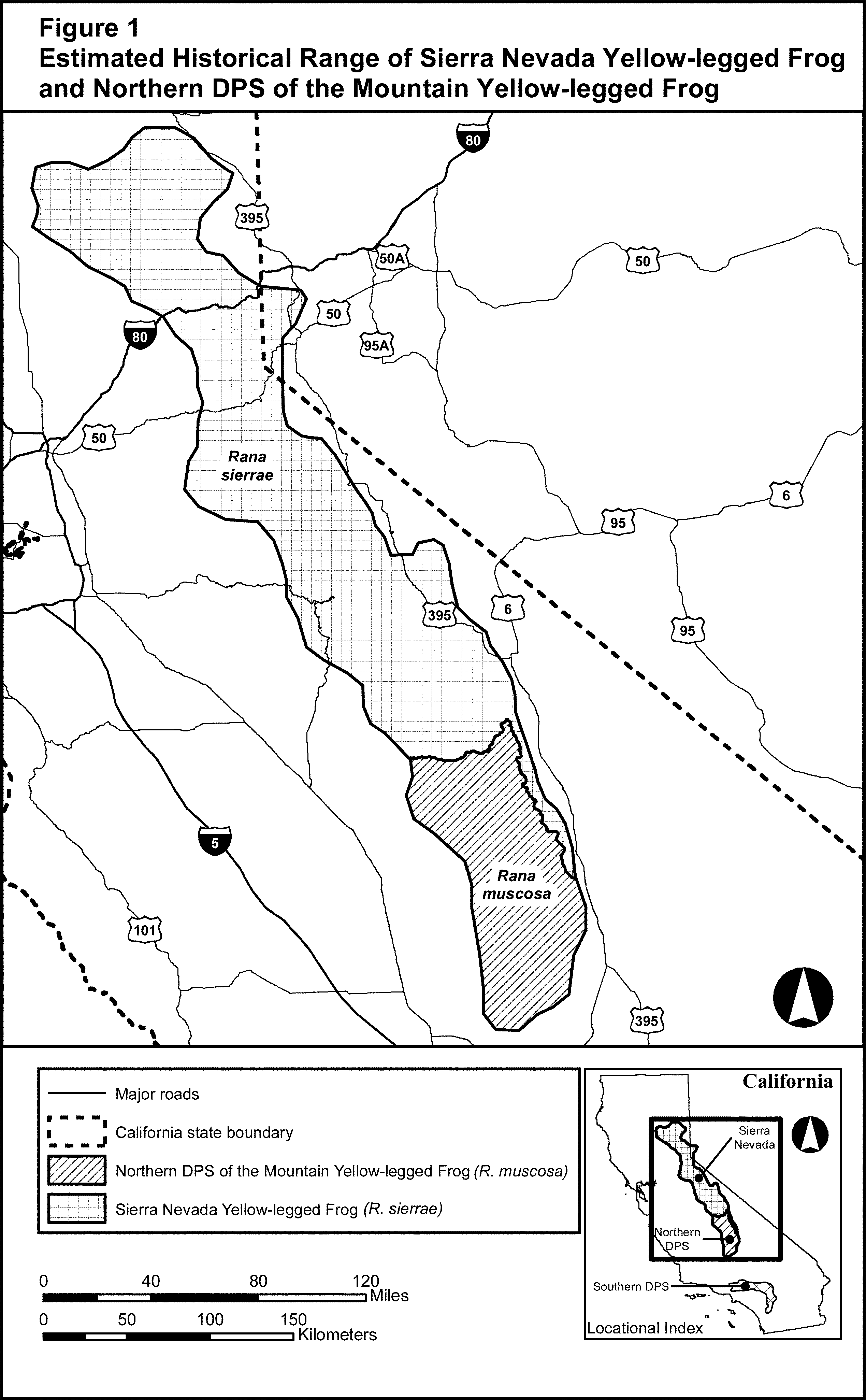 The Yosemite toad is a moderately-sized toad with a range that  is predominantly on federal land.  Its distribution extends from the Blue Lakes region north of Ebbetts Pass in Alpine County to just south of Kaiser Pass in the Evolution Lake/Darwin Canyon area in Fresno County. The species historically spanned elevations from 4,790 to 11,910 feet above sea level.