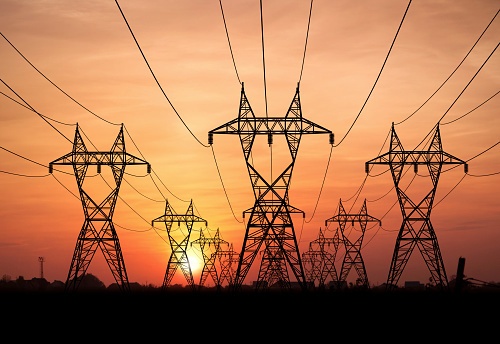 On June 17, 2020, a federal court in Colorado vacated an incidental take permit (ITP) issued to the Nebraska Public Power District (NPPD) authorizing take of the endangered American burying beetle (ABB) that could occur in connection with NPPD’s construction and operation of the 225-mile R-Project transmission line (R Project). The court vacated the ITP on the grounds that its issuance by the U.S. Fish and Wildlife Service (USFWS) violated the Endangered Species Act (ESA), National Environmental Policy Act (NEPA), and section 106 of the National Historic Preservation Act (NHPA). The ruling may have important implications for linear and other projects seeking ESA authorization. Oregon-California Trails Association v. Walsh, Case No. 1:19-cv-01945-WJM (D. Colo.).

The R-Project would traverse the Sandhills of Nebraska, an area many environmental groups value for its native mixed-grass prairie, sand dunes, and bird-watching. USFWS issued an ITP to NPPD in 2019 and, in order to comply with NEPA, completed an environmental impact statement (EIS) and issued a record of decision (ROD). Issuance of the ITP was the culmination of a multi-year negotiation between NPPD and USFWS, including significant discussions between the parties as to whether the ITP should cover potential take of endangered whooping cranes that could occur as a result of the R Project. The ultimate ITP only authorized take of the ABB.

A group of plaintiffs challenged the ITP in the federal district court for the district of Colorado. The plaintiffs’ claims were primarily focused on the potential for whooping cranes to collide with R Project lines and the failure of USFWS and NPPD to include the species in the ITP. Plaintiffs also raised alleged procedural deficiencies under the ESA, NEPA, and NHPA, including claims related to non-NPPD wind energy projects expected to interconnect to the R Project.

Plaintiffs alleged that whooping cranes would be taken (by collision) as a result of NPPD’s construction and operation of the R Project and, thus, should have been included as a covered species in NPPD’s habitat conservation plan (HCP) and the ITP.  Plaintiffs went further and claimed that the USFWS should have included the potential wind energy facilities that may interconnect with the R Project as an indirect effect, rather than cumulative effect when the USFWS conducted its attendant ESA section 7 analysis. Plaintiffs also focused on whether the USFWS properly analyzed alternative routes. Finally, plaintiffs also alleged that the USFWS did not meet its obligations under the NHPA and in fact should have denied the ITP based on impacts to historic properties.

In short, the court found:

What should project proponents keep in mind?

Some of the court’s holdings create somewhat unique precedent, including: (1) that where construction of an electric transmission line is not the sole cause of, but could make energy development “more probable,” such energy development should be treated as an indirect, rather than cumulative effect of the action under ESA section 7; and (2) where alternate routes exist for an electric transmission line that would have fewer impacts to historic resources protected under the NHPA, USFWS could potentially deny an ITP ostensibly on the basis that other routes may have fewer impacts.

As noted above, the ITP authorized take of the ABB. However, in 2019, USFWS proposed to downlist the species to threatened and issue an ESA section 4(d) rule that could change the compliance strategy for this and potentially other projects that could impact ABBs. A final rule downlisting the ABB could appear in the Federal Register any day now. Given the potential change in listing status for the species addressed by the ITP, it is unclear whether USFWS or NPPD will appeal the district court’s decision. In the meantime, project proponents are advised to work closely with USFWS to ensure that the agency adequately considers alternatives, indirect and cumulative effects, and historic resources, and to ensure that the agency maintains a robust administrative record in the event litigation should ensue.