Smelt Get a Review, But No Change In Status
11.18.2020
Posted in Fish & Wildlife Service, Listing, Sacramento-San Joaquin Delta 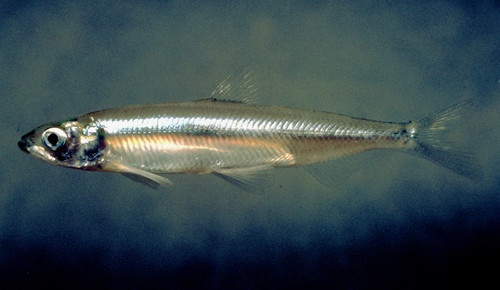 The delta smelt, a very small fish endemic to the Suisun Bay, and upstream through the Delta in Contra Costa, Sacramento, San Joaquin, Solano, and Yolo Counties in California, is currently listed as threatened under the Endangered Species Act (“ESA”).  Because it was listed as threatened prior to the USFWS’ September 2019 final rule requiring species-specific rules regarding take of threatened species to be adopted, the delta smelt is entitled to the same protections as an endangered species.  USFWS notes the decreases in the delta smelt’s abundance between 2001 and 2019, and indicates that the primary threats to the smelt are entrainments from federal and state water projects, as well as changes in salinity and water clarity caused by those same water projects.  However, because the delta smelt is already protected in the same way that it would be if it were listed as endangered, USFWS concludes that reclassification of the species is warranted, but precluded by higher priority listing decisions.

Longfin smelt, another small fish with a population in the San Francisco Bay-Delta that extends into several reaches of the Sacramento River, San Joaquin River, and several South Bay tributaries, is the subject of a petition to list that has been pending since April 2012.  The fish, which exhibits both pelagic (open water) and anadromous (migrates up rivers from the sea to spawn) characteristics, has declined in its San Francisco Bay-Delta population since the 1980s.  Importantly, the petition to list seeks only to list the distinct population of longfin smelt that resides in the San Francisco Bay-Delta.  USFWS notes that some of the same phenomena that negatively impact delta smelt populations also negatively impact longfin smelt populations, but also notes that the longfin smelt is protected at the state level under the California Endangered Species Act.  Because the species is state-listed, and because several state-level actions are expected to reduce threats to the longfin smelt in the near future, the USFWS concludes that its listing is warranted but precluded by higher priority listing decisions.