Service Proposes Delisting 23 Species Due to Extinction and One Spider Due to Taxonomic Revision
By Samantha Savoni on 10.05.2021
Posted in Conservation, Delisting, Endangered Species Act, Fish & Wildlife Service 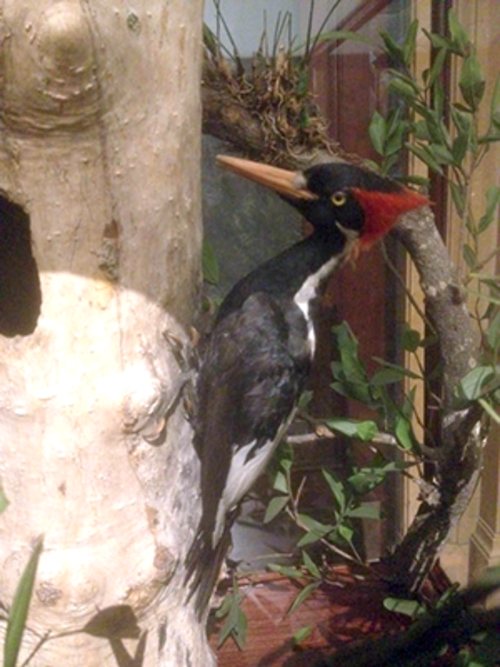 Last week, the U.S. Fish and Wildlife Service (Service) published two proposed rules to delist a total of 24 species under the Endangered Species Act (ESA).  First, the Service published a proposed rule delist 23 species as a result of the species’ extinction.  The 23 now-extinct species include thirteen species of birds, eight freshwater mussels, one Texas fish, and one Hawaiian plant.  The Federal Register notice indicates that, based on the best available scientific and commercial data, these species are no longer extant, and therefore no longer meet the definitions of endangered or threatened species under the ESA.

Notably, the ivory-billed woodpecker (Campephilus principalis), a bird known for its black and white plumage, chiseled beak, and pointed crest feathers, is included on the list.  According to the notice, despite decades of extensive survey efforts, the most recent unrefuted sighting of the ivory-billed woodpecker occurred in 1944.  The Service posits that loss of mature forest habitat and widespread collection of the species contributed to the decline of the species and its eventual extinction.  The Service is asking members of the public to submit information or comments on the proposed rule by November 29, 2021.  This proposed rule and supporting documents are available at regulations.gov, under Docket Number FWS-R4-ES-2020-0110.