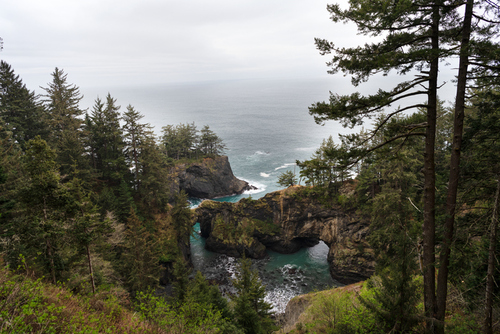 On October 25, the U.S. Fish and Wildlife Service (Service) published a proposed rule to designate critical habitat for the coastal distinct population segment (DPS) of Pacific marten (Martes caurina), also known as coastal marten, under the federal Endangered Species Act (ESA).  In the proposed rule, the Service identifies a total of approximately 1,413,305 acres of land in northwestern California and southwestern Oregon to designate as critical habitat for the coastal marten.

Listed as a threatened species in October 2020, the coastal marten is a medium-sized carnivore in the weasel family.  While the Pacific marten typically inhabits older, ecologically complex forests throughout western North America, the coastal DPS occurs only along the coastal regions of California and Oregon.  Interestingly, in the Federal Register notice, the Service indicates that new research has revealed that martens located in coastal Oregon and coastal northern California are actually members of the Humboldt subspecies (M.c. humboldtensis) as opposed to the caurina subspecies (M.c. caurina).  However, according to the Service, this does not change the coastal marten’s status as a listable entity or the Service’s DPS analysis.  Further, the Service notes that, while a taxonomic name change in the ESA listing may eventually be prudent, for now, the coastal marten and Humboldt marten subspecies should be treated as synonymous for ESA purposes.

The agency’s proposed rule and supporting documents are available at regulations.gov, under Docket Number FWS-R8-ES-2020-0151.  The 60-day period for public comment on the proposed rule is set to end on December 27, 2021.