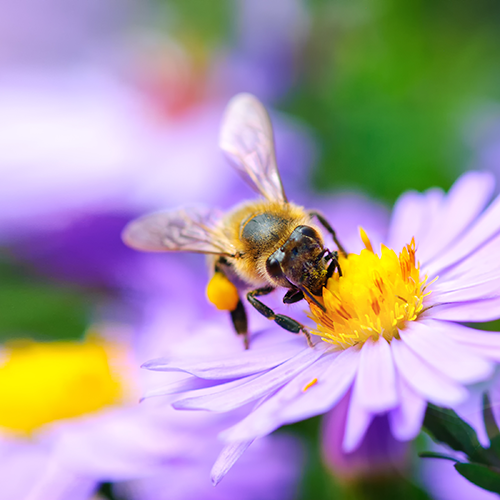 The U.S. Fish and Wildlife Service (Service) recently listed the Franklin’s bumble bee as an endangered species under the Endangered Species Act.  Historical records indicate that the species is endemic to southwest Oregon and northern California.  The last known record of the species dates back to 2006.  The Service’s decision is the culmination of a listing process that began 11 years ago with the submission of a petition to list by the Xerces Society in 2010.

In its press release announcing the decision, the Service both noted that Franklin’s bumble bee has the smallest known geographic range of any bumble bee in North America and argued that protecting species like Franklin’s bumble bee “will help ensure our native plants, gardens and crops will continue to have an adequate supply of pollinators.”  The Service did not expound on how protecting the narrowly endemic Franklin’s bumble bee that occurred predominantly on isolated federal lands would ensure gardens and crops have an adequate supply of pollinators.  The claim is all the more noteworthy when one considers that over the past 15 years there has been no record of the species.

Recently, there has been widespread reporting of a decline in populations of bumble bees across the United States and Europe, for example, in the 2020 article in National Geographic, Bumblebees Are Going Extinct in a Time of ‘Climate Chaos’ and the 2020 report by National Public Radio, Bumblebees Are Disappearing Because Of Extreme Heat.  While these and other reports suggest that there is scientific consensus regarding widespread declines of bumble bee populations, in reality the scientific community is having a spirited debate about whether such declines have occurred.  An article published in 2020 in the journal Science by Peter Soroye and colleagues suggests significant declines in bumble bee populations have occurred in North America and Europe.  In contrast, an article published in 2021 in the journal Biological Conservation by Laura Melissa Guzman and colleagues suggests the method used by Soroye and his colleagues resulted in biased estimates of decline.  One challenge with most estimates of the populations of bumble bees over time stems from the absence of structured, systematic surveys for the species necessary to develop accurate estimates of abundance over time in order to establish a trend.

In its Species Status Assessment for Franklin’s bumble bee, released in 2018, the Service indicates that “very little” is known about the species.  Records of the species dating back nearly a century indicate there were only a handful of years where there were more than a dozen occurrences recorded.  A species-specific survey effort was initiated in 1998 that has continued annually since that time.  This effort yielded the highest number of occurrences on record (nearly 100 individual detections in 1998) and the last known occurrence, a single worker bee in 2006.  While species that are extinct cannot be listed, the Service concluded that the lack of systematic surveys precludes a conclusion that the species is extinct.