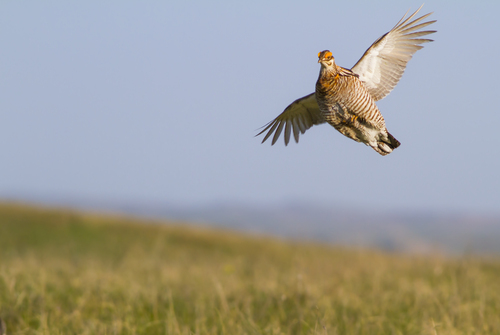 On June 7, 2021, the U.S. Supreme Court (“SCOTUS”) agreed with the Department of Justice and declined to hear a case brought by the Kansas Natural Resource Coalition (Coalition) challenging the U.S. Fish and Wildlife Service’s (Service) failure to submit the Policy for the Evaluation of Conservation Efforts (PECE) Policy to Congress under the Congressional Review Act (CRA).  The case, which represents a unique intersection between the lesser prairie-chicken (Tympanuchus pallidicinctus) (LEPC), the Service’s PECE Policy, and the CRA, appears to foreclose the ability of plaintiffs in the 10th Circuit Court of Appeals’ jurisdiction from challenging the failure of federal agencies to submit rules to Congress under the CRA.  A brief summary of the litigation follows below.

The listing decision was challenged in a lawsuit brought by the Permian Basin Petroleum Association in the U.S. District Court for the Western District of Texas. In 2015, the court in that lawsuit vacated the listing rule based in large part on the Service’s improper application of the PECE Policy to the WAFWA Range-wide Plan.

The district court held the Coalition did not have standing to bring the case because they had not experienced injury in fact (i.e., no county had declined to participate in the conservation plan because of the failure of the Service to submit the PECE Policy to Congress under the CRA). The district court also held that the CRA does not provide for judicial review of an agency’s failure to submit a rule for review.  The U.S. Court of Appeals for the 10th Circuit (10th Circuit) upheld the district court’s decision and additionally ruled that the plaintiffs could not amend their complaint to address the standing issue because the CRA does not provide for judicial review.  The fact that SCOTUS declined to review the 10th Circuit’s decision means that the 10th Circuit’s decision stands as the last word on this case.

As noted above, the10th Circuit’s decision means that plaintiffs in that Circuit may not use the failure of an agency to submit a rule or policy to Congress under the CRA as a basis to invalidate a rule or policy. The history of this case also demonstrates that the PECE Policy itself may discourage the implementation of voluntary conservation measures for at-risk species. As the number of species with broad habitat ranges undergoing ESA status reviews increases (e.g., monarch, little brown bat, northern long-eared bat, etc.), we may see increased scrutiny of—and challenges to—the Service’s use of the PECE Policy as a basis for listing decisions.