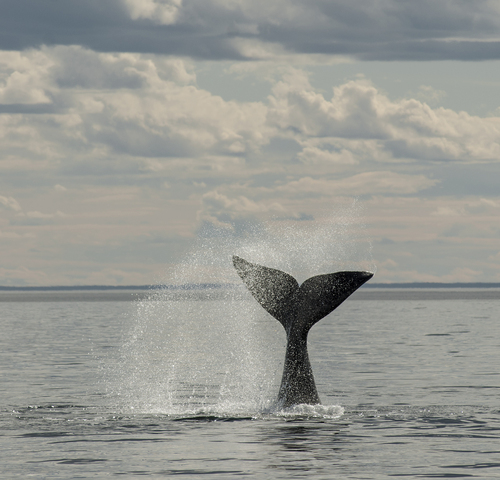 On December 31, 2020, the National Marine Fisheries Service (“NMFS”) proposed to amend regulations implementing the Atlantic Large Whale Take Reduction Plan (“ALWTRP” or “Plan”) with the stated goal of reducing the incidental mortality and serious injury to the endangered North Atlantic right whale, as well as fin whales and humpback whales, in the Northeast commercial lobster and crab trap/pot fisheries. The agency stated that the amendment is needed in order to comply with the Marine Mammal Protection Act (“MMPA”) and the Endangered Species Act (“ESA”). NMFS also released a draft Environmental Impact Statement for the proposed rule.

Entanglement in fishing gear is a known risk of serious injury or mortality to the North Atlantic right whale; in fact, all observed mortalities that can be attributed to a source have been caused by either entanglements or vessel strikes (except for some natural mortalities of infant whales). In 1996, NMFS established the Atlantic Large Whale Take Reduction Team to help develop plans to mitigate the risk to marine mammals posed by fishing gear. The team is composed of fishermen, scientists, conservationists and state and federal officials from Maine to Florida. NMFS’s proposed rule, developed in conjunction with the Atlantic Large Whale Take Reduction Team, targets a 60% risk reduction for entanglements. Its proposed changes fall into four primary categories: (1) gear modification to reduce the number of vertical lines; (2) seasonal restricted areas that would be closed to fishing with persistent buoy lines but allow ropeless fishing; (3) gear modifications to require buoy lines made of weak rope or rope with weak points that would allow large whales to break free of gear before serious injury or mortality can occur; and (4) additional gear marking requirements and expansion of the area where gear marking requirements apply. The rule includes multiple alternatives for several of the proposed regulatory changes and NMFS is seeking comment on these alternatives, which must be submitted on or before March 1, 2021.

NMFS is also expected to issue a new Biological Opinion under the ESA for the American lobster fishery by May of 2021. That will replace the 2014 Biological Opinion invalidated in August of last year in the case of Center for Biological Diversity v. Ross. In that case, several conservation groups argued that the previous Biological Opinion violated the ESA and the MMPA because it would allow more than a negligible impact to the North Atlantic right whale, but was not issued with an incidental take statement under the ESA and an incidental harassment authorization under the MMPA. Several Massachusetts state agencies intervened as defendants. The Court agreed with plaintiffs, but stayed its decision vacating the 2014 Biological Opinion until May 31, 2021, to allow NMFS time to finalize a replacement that would incorporate additional restrictions on fishing gear to provide additional protections for the North Atlantic right whale. In the meantime, the conservation groups have filed an emergency petition under the MMPA with the agency, seeking to put additional protections in place while the permanent regulations are being finalized. NMFS has not yet acted on the petition.