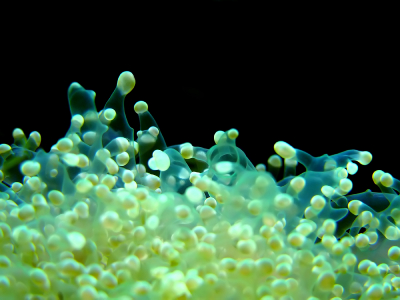 On February 10, 2010, the National Marine Fisheries Service (NMFS) announced its determination that a Center for Biological Diversity (CBD) petition (PDF 6 MB) to list 83 species of stony coral as threatened or endangered under the Endangered Species Act presents substantial information indicating that [listing] might be warranted for 82 of the 83 subject species.  See 90-Day Finding (PDF).

If a threatened listing is warranted, NMFS may use its authority under Section 4(d) of the Endangered Species Act to impose regulatory requirements necessary and advisable to provide for the conservation of the species, including the prohibition of take of any such species without an incidental take permit.

If any of the species are listed as endangered, they automatically benefit from the Act’s most potent protections: Under Section 7, federal agencies must insure that actions they fund, authorize, or carry out are not likely to jeopardize the species or result in the destruction or adverse modification of its designated critical habitat.  Under Section 9, persons are prohibited from taking or harming any endangered coral without first obtaining an incidental take statement under section 7 or an incidental take permit under Section 10.  Furthermore, citizens may bring suit in federal court to enforce the provisions of the Endangered Species Act.

Thus, listing of coral could enable environmental groups to sue major emitters of greenhouse gases (GHGs) under the theory that their emissions cause the unpermitted take of, or harm to species imperiled by climate change.

In its petition, CBD cites various studies that conclude that by 2030 human-caused climate change, even under the most conservative projections of increases in GHGs, will cause 80% of the world's coral reefs to experience mass bleaching events at five-year intervals from which they cannot fully recover.  CBD also cites evidence that human-caused GHGs are also causing ocean warming, ocean acidification, more frequent and more intense storms, and sea-level rise, which act synergistically to jeopardize the continued existence of the world’s coral reefs.  Furthermore, CBD contends that coral reefs are already under stress from over-fishing, physical damage from boat groundings and anchors, and point-source water pollution, as well as dredging, coastal development, and agricultural practices that increase sedimentation and the concentration of nutrients in shallow coastal waters where coral reefs form.

In conjunction with its 90-day finding, NMFS has opened a 60-day public comment period to solicit information and comments from the public, government agencies, scientists, and industry on the status of the 82 species being considered for listing.  Under the Endangered Species Act, NMFS has 12 months to determine whether the petition is warranted as to each of the 82 species under review, unwarranted, or whether it needs more information before it can make the determination.

Notably, the 90-day determination does not mean that listing is a foregone conclusion.  See, e.g., the U.S. Fish and Wildlife Service’s recent determination not to list the American pika.  However, NMFS has already listed as threatened elkhorn and staghorn corals, the two primary reef-building corals in Florida and the Caribbean, primarily due to disease, prolonged elevated sea surface temperature, and hurricanes. Indeed, NMFS issued a Section 4(d) rule extending the full protection of the take prohibition under Section 9 of the Act to the elkhorn and staghorn throughout their range.

It is unclear whether NMFS intends the elkhorn/staghorn 4(d) rule to require Section 7 consultation (for federal actions) or Section 10 incidental take permits (for non-federal projects and activities) that contribute to climate change (including prolonged elevated sea surface temperature and more frequent/intense hurricanes) and increased concentrations of carbon dioxide (which contributes to acidification).  NMFS characterized the major stressors (disease, prolonged elevated sea surface temperature, and hurricanes) as "unmanageable."  And it expressed its intent that the Section 9 "take" prohibition was necessary "specifically to address the lesser stressors that are amenable to management," which suggests such "lessor stressors" as sedimentation, abrasion and breakage from human activities such as boating, fishing, and SCUBA diving, but not GHG emissions.

It remains to be seen if NMFS will list any of the 82 coral species as threatened or endangered.  But if it does, it may well attempt to limit the implications of such listings under the Endangered Species Act for industries and activities thought to contribute to climate change.