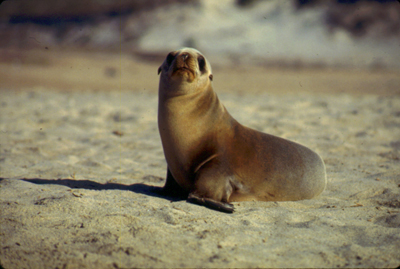 The House Committee on Natural Resources is set to hold hearings on a bill that will allow for the lethal removal of California sea lions (Zalophus californianus) caught eating endangered salmon and steelhead just below the Bonneville Dam on the Columbia River. The Endangered Salmon Predation Prevention Act (H.R. 946), introduced in March 2011, would allow the states of Washington and Oregon, and four local tribal organizations, to get year-long leases to lethally remove a limited number of sea lions that prey on salmon and steelhead listed as endangered under the Endangered Species Act. According to Representative Doc Hastings (R-Wash.), the Chairman of the Committee on Natural Resources, [a]s Northwest residents spend hundreds of millions of dollars each year to protect salmon, California sea lions camp out at Bonneville Dam and gorge themselves on endangered fish. . . . With all other methods exhausted, lethal removal of the most aggressive sea lions is often the only option left to deter predation, help protect endangered salmon and recoup more of our region’s substantial investment in salmon recovery.

The legislation follows a May 2011 agreement reached between wildlife advocates, including the Humane Society of the United States and the Wild Fish Conservancy, the National Marine Fisheries Service (NMFS), and the states Oregon and Washington to temporarily suspend the lethal removal of the sea lions until September 2011. The agreement was due to litigation pending in response to the recent NMFS authorization to resume the lethal removal of the sea lions.