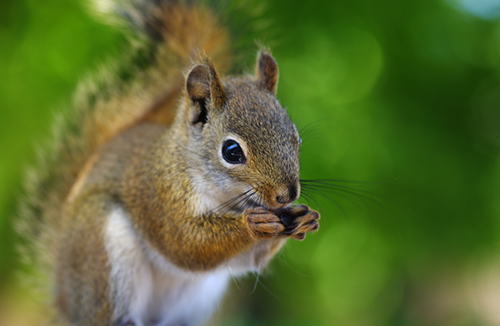 In December of 2017, a group of eNGOs including the Center for Biological Diversity submitted a petition to FWS, requesting that the agency expand the subspecies’ critical habitat on an emergency basis to include occupied mixed conifer habitat and all historically occupied habitat not already included in the current critical habitat designation.  Published in 1990, the current critical habitat designation includes the Hawk Peak-Mount Graham Area, the Heliograph Peak Area, and the Webb Peak Area of the Pinaleño Mountains in the Coronado National Forest’s Safford Ranger District.  The requested revision would expand the subspecies’ critical habitat to include all mature mixed conifer and spruce-fir forests in the Pinaleño Mountains above an elevation of 7,500 feet.

The Federal Register notice indicates that FWS plans to assess the proposed revisions to the critical habitat designation after completion of a species status assessment (SSA) and a revision of the Mount Graham red squirrel's recovery plan.