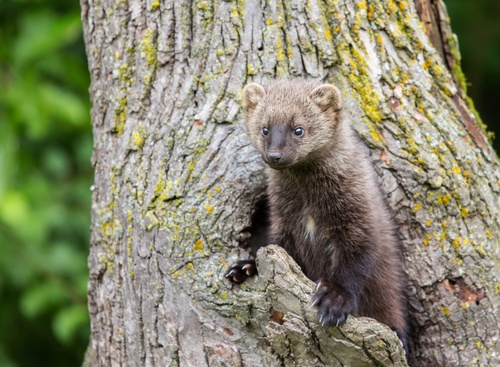 On May 15, 2020, the U.S. Fish and Wildlife Service ("Service") published a final rule in the Federal Register announcing the agency’s determination to list the Southern Sierra Nevada (SSN) Distinct Population Segment (DPS) of fisher (Pekania pennanti) as endangered under the Endangered Species Act (ESA).

The fisher is a small, carnivorous mammal in the mustelid (commonly referred to as weasel) family. The SSN DPS of fisher, which occurs in California, was recently determined by the Service to be a separate subpopulation of the West Coast DPS.

The Service first proposed to list the West Coast DPS as threatened under the ESA in 2014, and later withdrew its proposal in 2016. In 2018, as a result of a complaint filed by various environmental groups, the District Court for the Northern District of California ordered the Service to prepare a new listing determination. The Service ultimately determined that the West Coast DPS (then encompassing two geographical groupings of four subpopulations) warranted threatened status in a revised proposed rule published on November 7, 2019. Since then, however, the Service has determined that the singular West Coast DPS configuration should instead be two separate DPSs: the Northern California/Southern Oregon (NSCO) DPS and the SSN DPS.

After individually evaluating the status of both the NCSO DPS and the SSN DPS, the agency determined that only the SSN DPS warranted endangered status. In its Federal Register notice for the final rule to list the SSN DPS, the Service states that habitat loss and fragmentation caused by wildfire activities was a primary factor in its decision to list the SSN DPS. Other significant factors identified in the final rule include climate change, drought, disease, and insect infestations. The Service also noted direct impacts to individual fishers, such as increased mortality and decreased reproductive rates, predation, exposure to toxicants, and vehicle collisions.

The regulation to list only the SSN DPS as endangered takes effect on June 15, 2020. The final rule and supporting documents are available at regulations.gov, Docket Number FWS-R8-ES-2018-0105.