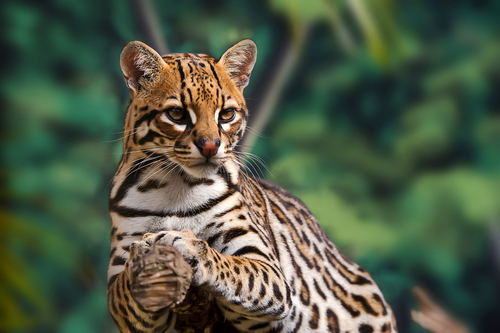 On March 10, 2021, the United States Court of Appeals for the Fifth Circuit upheld a biological opinion (BiOp) and incidental take statement (ITS) issued by the U.S. Fish and Wildlife Service (Service) in connection with a $5.2 billion project to export liquefied natural gas from a terminal located on the south bank of the Brownsville Ship Channel in Cameron County, Texas (Project). Sierra Club v. Dep’t of the Interior, Case No. 20-60319 (5th Cir. 2021).  In reaching its decision, the Fifth Circuit refused to second-guess the agencies consistent with the deferential standard of judicial review prescribed in the Administrative Procedure Act that agency actions must be upheld so long as they are not arbitrary, capricious, or not in accordance with law.

The 731-acre Project is located within an area of habitat for two endangered species of cat: the ocelot (Leopardus [=Felis] pardalis) and jaguarundi (Herpailurus [=Felis] yagouaroundi cacomitli) (collectively, Listed Cats). The ocelot has a range spanning from Texas and Arizona in the United States to South America and the jaguarundi ranges from south Texas to eastern Mexico. The Service estimates that approximately 50 ocelots remain in the United States. There have been no confirmed sightings of the jaguarundi in Texas since 1986.

Sierra Club, along with Defenders of Wildlife, petitioned the Fifth Circuit to overturn the Service’s decision, alleging a number of flaws with the BiOp and ITS.

The Fifth Circuit ultimately upheld the Service’s BiOp and ITS, finding that the Service had provided sufficient explanation supporting its conclusion that FERC authorization of the Project would not jeopardize the Listed Cats and for its ITS authorizing take of one Listed Cat in the aggregate. For example, the Fifth Circuit held that the Service had provided sufficient explanation for its decision to exclude from the BiOp’s analysis effects from the nearby Rio Grande liquified natural gas facility (the biological opinion for which the Sierra Club has also challenged before the Fifth Circuit), and that the Service was not required to expand the action area to cover the entire area where the Listed Cats roam. The court also held that the ESA does not require the Service to perform a quantitative analysis (rather than a qualitative one) to determine whether jeopardy to a species will occur.