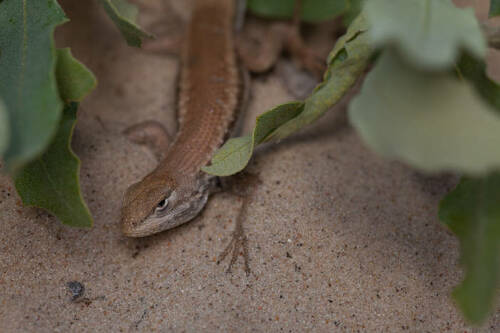 On May 19, 2022, the Center for Biological Diversity (CBD) filed a lawsuit in the U.S. District Court for the District of New Mexico, challenging the U.S. Fish and Wildlife Service’s (Service) failure to make a timely 12-month finding on the group’s petition to list the dunes sagebrush lizard (Sceloporus arenicolus) (DSL), which was submitted to the agency in 2018.

The DSL is no stranger to controversy. In 2002, CBD and others petitioned the Service to list the DSL due to alleged threats to the species’ habitat caused by oil and gas production. In 2004, the Service determined that listing the DSL was warranted, but precluded based on higher priorities of the agency. In 2008, WildEarth Guardians petitioned the Service to emergency list the species due to continued supposed threats from oil and gas activities.

In 2010, the Service proposed to list the DSL as endangered, but extended the comment period on the proposed listing due to “significant scientific disagreement.” Subsequently, on June 19, 2012, the Service withdrew its proposed listing, citing efforts that were being undertaken to conserve the species, specifically: (1) Candidate Conservation Agreement and Candidate Conservation Agreement with Assurances for the Lesser Prairie-Chicken and Sand Dune Lizard developed by the Bureau of Land Management (BLM) and Center of Excellence in Hazardous Materials Management in New Mexico; (2) BLM’s Special Status Species Resource Management Plan Amendment providing conservation for the DSL; and (3) the Texas Conservation Plan developed by federal, state, and private stakeholders, including oil and gas, and ranching interests.

In 2018, CBD submitted a fresh petition to the Service, seeking to list the species due to the ongoing threats from oil and gas production, as well as new threats allegedly caused by sand mining in Texas. On July 16, 2020, the Service published a 90-day finding that the petition presented substantial scientific and commercial information indicating listing the DSL may be warranted. Publication of that 90-day finding obligated the Service to publish a 12-month finding on whether the petitioned action (listing the DSL as threatened or endangered under the Endangered Species Act) is, in fact, warranted.

CBD’s lawsuit challenges the Service’s failure to publish the required 12-month finding. The current Unified Agenda for the Department of the Interior indicates a 12-month finding is anticipated in September 2022.