Does the Federal Endangered Species Act Protect Zoo Animals?
By Benjamin Rubin on 10.01.2019 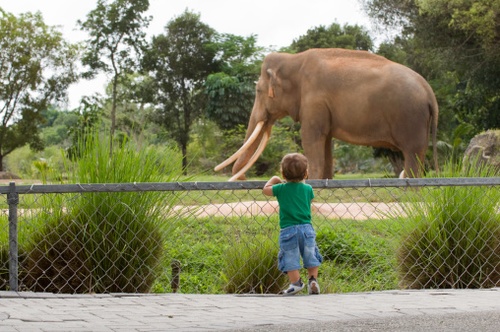 Yes, if the animal is designated as threatened or endangered under the federal Endangered Species Act (ESA). In a recent federal court decision out of Massachusetts, a United States District Court was called on to decide whether a local zoo’s treatment of two endangered Asian elephants amounted to “harm” or “harassment” in violation of the “take” prohibition under section 9 of the ESA.

The two elephants, Emily and Ruth, were longtime residents of the Buttonwood Park Zoo in the City of New Bedford, Massachusetts. In fact, according to the decision, Emily and Ruth are “among the oldest living Asian elephants in a zoo setting in America.” The lawsuit was initiated by an individual plaintiff under the citizen suit provision of the ESA. The plaintiff alleged that the zoo’s treatment of Emily and Ruth is “behind the curve in every respect,” and thus amounted to unlawful “harm” or “harassment” under the ESA. Based on the evidence that was presented, however, the district court found “the contrary to be true.”

The district court began its decision by laying out the legal framework. Specifically, quoting heavily from the U.S. Fish & Wildlife Service’s definitions of “harm” and “harass,” the court explained that for the plaintiff to prevail she had to prove either that (i) an action taken by the zoo actually killed or injured the elephants, or (ii) that the zoo’s intentional or negligent conduct created a likelihood of injury by annoying the elephants to such an extent as to significantly disrupt normal behavioral patterns, and the conduct is not a generally accepted and Animal Welfare Act-compliant animal husbandry practice.

After reviewing the facts, and acknowledging that the plaintiff made some potentially concerning allegations, the district court found that the plaintiff failed to satisfy her evidentiary burden. For example, the district court found that Ruth and Emily are receiving adequate veterinary care, have adequate food and shelter, and that while Emily and Ruth are the only elephants at the zoo, and “may well feel lonely at times, the evidence does not establish that the City’s actions have significantly disrupted their normal behavioral patterns in an injurious manner.” Accordingly, the court entered judgment against the plaintiff.

Notably, the district court cautioned that its decision was not addressing the larger societal issue of whether keeping elephants in captivity was appropriate, given that “the Fish and Wildlife Service has authoritatively interpreted [the ESA] and in conjunction with the Animal Welfare Act, contemplates that endangered species may be kept in captivity.”