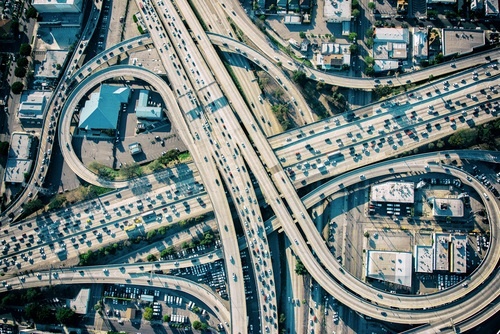 The Eno Center for Transportation published a two-part article in the Eno Transportation Weekly, authored by Ed Kussy, that focuses on the potential implications of the changes proposed by the Notice of Proposed Rulemaking (NPRM) modifying the regulations implementing the National Environmental Policy Act (NEPA), with particular emphasis on federal surface transportation programs.  The first part was published on February 21.  We recently posted our summary of Part 1 of the article here.

Part 2 of the Eno article focuses on four parts of the NPRM that have received considerable attention: NEPA applicability thresholds, revisions to the definition of “reasonable alternatives”, changes to evaluation of indirect and cumulative effects, and public involvement and time limits for commenting.

Thresholds.  The NPRM would establish a number of “threshold” actions to which NEPA would not apply, including non-discretionary actions, non-federal activities paid for with general revenue sharing funds, and loan guarantees and other financial assistance where the federal agency does not exercise sufficient control.  Many of these kinds of actions have been held not to require an EIS, but they may be subject to a categorical exemption (CE), which may require more thorough documentation if there is the possibility of more significant environmental impacts.  The new thresholds would exclude projects from NEPA no matter what their impact.

Alternatives.  The NPRM would add a new definition of “reasonable alternatives” that would limit alternatives to those that are technically and economically feasible, meet the purpose and need, and, where applicable, meet the goals of the applicant.  In addition, the NPRM would remove the requirement that agencies consider “reasonable alternatives not within the jurisdiction of the lead agency.”  For highway and transit projects, the new rule is not significantly different than current practice.  Further, FHWA has strongly  encouraging states and other grantee to better link decisions make during the federally required transportation planning process (which identifies the projects to be implemented) to the NEPA process for particular projects , referred to as “planning environment linkage”(PEL).  As a result, in most cases, the scope of alternatives has already been limited to those within the jurisdiction of a transportation agency.

Effects.  The treatment of effects in the NPRM has drawn a great deal of criticism.  The NPRM would eliminate distinctions between "direct,” “indirect,” and “cumulative” effects, and instead have only one definition of effects.  The definition expressly excludes the effects of other actions over which the agency has no control and explicitly states an analysis of cumulative impacts is no longer required.

The elimination of cumulative impacts has raised the greatest concern.  Agencies would fail to assess the incremental contribution made by project, perhaps causing significant adverse impacts when added to other, unrelated actions.  For transportation projects, cumulative impact analysis in existing NEPA documents can be somewhat artificial and the loss of this requirement should not greatly change the outcome of the NEPA process.   Further sound transportation planning process should have already addressed such effects in developing the transportation plan.

In June of 2019, CEQ issued new proposed guidance on how to consider climate change and greenhouse gases (GHGs), requesting comments.  This draft guidance indicated that climate change and GHGs should be addressed in the same way as other impacts, thus receiving attention only if the potential impacts were significant.  The NPRM does not retreat from this position, but invites comment on how and if to address climate change in the context of a NEPA document.   It should be noted that the incremental impact on GHG emissions of even large transportation projects is usually very small.  GHG emissions are more accurately portrayed on a larger scale, such as the transportation planning process.

Public Involvement and Time Limits on Commenting.  The public commenting process has been a significant part of the NEPA process from the outset.  It can be onerous because agencies must respond to all comments in the final EIS.  This part of the NEPA process would not change.  In fact, an agency would now have to certify in the Record of Decision (ROD), the final document of the EIS process, that it considered all of the alternatives, information, and analyses submitted.  With this certification, the agency would be entitled to a “conclusive presumption” that all comments were considered.

However, the NPRM makes significant changes in the commenting process in three ways, all of which have the potential of reducing public input. First, the NPRM sets forth specific rules on the content of any comments.  Second, the NPRM would have agencies not consider comments received after the commenting deadline has passed, which is not always the current practice. Title 41 of the FAST Act, which extends some of the “efficiency” elements of 23 U.S.C. §139 government-wide, has a provision like this.  However, Title 41 does not apply to highway, transit, and rail projects.  Third, the NPRM even asserts that failing to comment on an issue in timely fashion results in a failure to exhaust administrative remedies.

The time limits for completing EISs and EAs will inevitably force agencies to both shorten the time allowed for public comment and limit consideration of requests for extensions of time.  Imposing short time limits for commenting on other public agencies with paid, expert staff is different than applying such limits on comments from individuals or small groups who may never have seen a NEPA document.

Along with the changes discussed in Part 1 of our summary, these changes proposed by the NPRM should not result in truly significant changes for highway and transit projects, in part because transportation practices helped inform the drafters of the NPRM.  Nevertheless, NPRM is an important and complex document.  Many provisions of the current regulations would be changed.  Thus, any serious commenter needs to carefully compare the existing rules to those proposed by the NPRM.