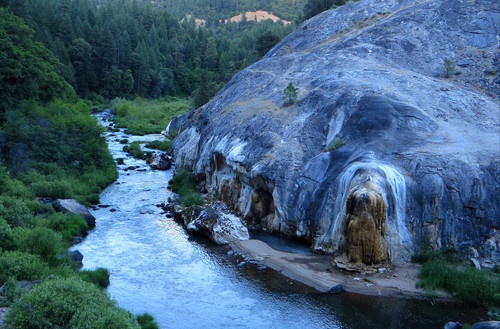 The State of California recently sent a 60-day notice of intent to sue to the Secretaries of Commerce and the Interior and concurrently filed a lawsuit in the U.S. District Court for the Northern District of California challenging the biological opinions and associated environmental impact statement (EIS) for operation of the Central Valley Project and State Water Project (collectively, the “Projects”).  The Projects provide water to more than 25 million water users in northern, central, and southern California, and are one of the primary sources of water for wholesale water suppliers to local water districts and water agencies.  A number of environmental organizations already filed a lawsuit in the same federal district court challenging the same biological opinions and EIS in December 2019.

The action by the State on February 20 came just three days after Governor Newsom sent a letter to Secretary of the Interior David Bernhardt indicating “our state and federal agencies have been working to bridge significant differences regarding the proposed federal Biological Opinions,” and “we remain committed to working to resolve these remaining differences in coming weeks and months.”

California’s complaint challenges the biological opinions issued by the U.S. Fish and Wildlife Service and the National Marine Fisheries Service under the Endangered Species Act (ESA) as well as the U.S. Bureau of Reclamation’s EIS and record of decision completed pursuant to the National Environmental Policy Act.  It is unclear whether the State intends to amend its complaint after the 60-day period runs on its notice of intent to sue.  California does allege illegal take of listed species in violation of section 9 of the ESA in its notice of intent, which could serve as the basis for an additional cause of action, if California chooses to amend its complaint.

It is unclear how this action by California will impacts two key components of the Governor’s recently released Water Resilience Portfolio – the Delta conveyance project and the effort to craft voluntary agreements among the numerous stakeholders involved in the development of an updated Water Quality Control Plan by the State Water Resources Control Board.  Both require some degree of Federal participation.