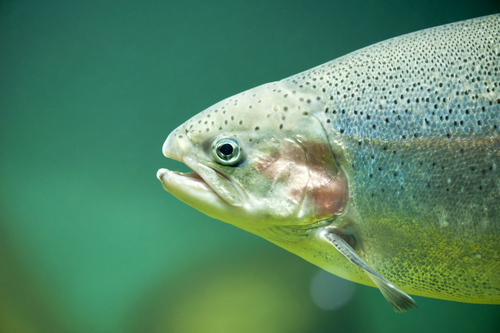 Reversing the district court, a divided panel of the Ninth Circuit held that that the Bureau of Reclamation and a local water agency have discretion to release water from Twitchell Dam on the Santa Maria River on the Central Coast of California to comply with the federal Endangered Species Act. San Luis Obispo Coastkeeper v. Santa Maria Valley Water Conservation Dist. (Ninth Cir. No. 21-55479, Sept. 23, 2022). The court concluded that a 1958 federal law (P.L. 774) authorizing the operation of the dam for purposes other than irrigation, flood control, and water conservation provided discretion to the water agencies to release water from the dam to avoid take of Steelhead.

The plaintiffs alleged that the operation of the dam violated the Endangered Species Act (“ESA”) prohibition on “take” by interfering with the Steelhead’s reproductive migration The Plaintiffs argued that the ESA required the water agencies release water from the dam to avoid take of Steelhead. The water agencies argued that P.L. 774 limited operation of the dam to the specific enumerated purposes of irrigation, flood control, and water conservation, and therefore the agencies did not have the discretion to release water to protect the Steelhead. The Ninth Circuit panel majority concluded that the authority granted P.L. 774 to operate the dam for “other purposes” beyond irrigation, flood control, and water conservation included compliance with the ESA. The panel majority held that the principles of statutory construction demand that two laws be read harmoniously when it is possible to do so, and that, in this situation, P. L. 774 and the ESA did not necessarily conflict. The panel further held that Congress knew how to limit the dam’s operations but did not do so here.

The decision is another in a line of federal cases following the 1978 Supreme Court decision in Tennessee Valley Authority v. Hill that the obligations of the ESA may apply to projects authorized and constructed long well before the enactment of the ESA in 1973 where the agency has continuing discretion over the operation of the project.